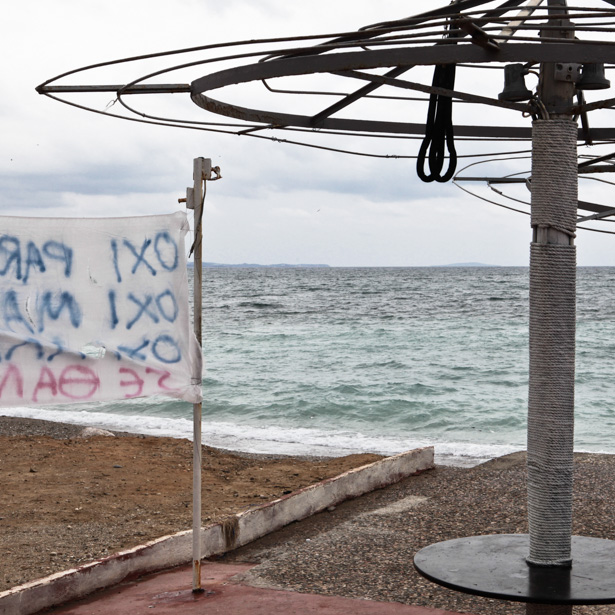 Below the threshold of the big privatization projects currently demanded by the Troika in the financial crisis, in numerous places of Greece there are small privatizations on a communal level. This mostly has been connected with property speculation and a rampant building boom. During the last 15 to 20 years the result has been that traditional public space has been made scarce and continuously commercialised.

For some time already there has been resistance to this - but with the continuing crisis and proclamation of large scale privatizations, protests as we see here in Piraeus have increased. As citizens have to cope with less and less money they are dependent on using public places within their locality free of charge.

Now the last communal beaches within the highly populated urban area of Piraeus, Votsalakia and Fretyda are to be sacrificed to commerce and therefore have become flashpoints of the struggle. Beach festivals, folkdance and the traditional fire leaping of the Greek Whitsun Festival have become part of the protest. They show how the interest of the Greeks for their environment and the communal assets of their country is awakening even in small matters.