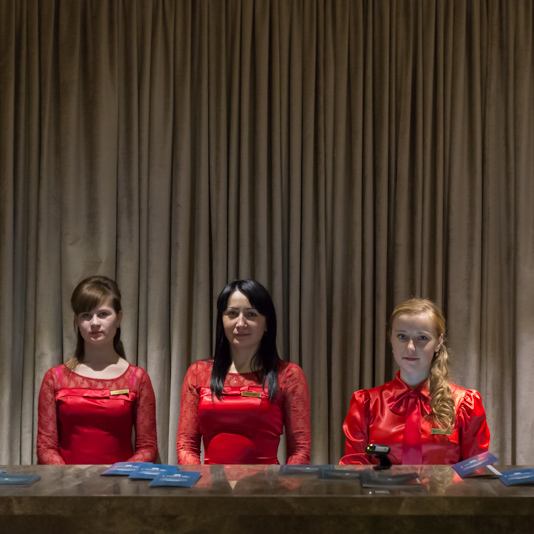 The images take us on an imagined journey through Kazakhstan, starting in the relatively unchanged, traditional land of nomads and finishing in the new world of the urban nomads. The camera approaches people, exploring the cultural interaction and contradictions of the country. The culture of Kazakhstan and its development, in my perception, should essentially be understood through the interplay of three great cultural influences: revitalized Kazakh popular culture, the cultural heritage of the Soviet era, and the cultural influences of Western capitalist modernism. In Kazakhstan, these three cultural streams blend in a highly distinctive way.

At the same time the journey is a passage through the recent history of the country, which since the dissolution of the Soviet Union has experienced social changes whose dramatic nature has hardly been noticed in the West. The images show continuity, decay and change in a post-socialist society, tracing the highly topical Cultural Topography of one of the biggest societies in transformation at the heart of Eurasia.