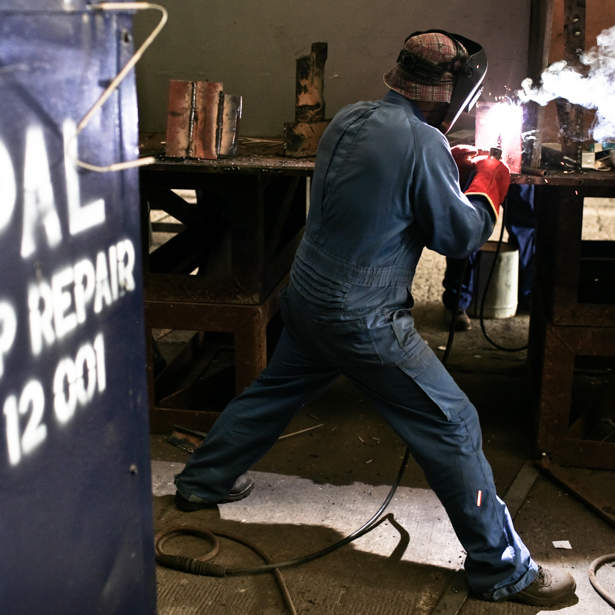 Piraeus and its region south of Athens, the cradle and former stronghold of Greek shipbuilding, today are marked by the decline of this industry. Giant wharves and numerous repair shops are already closed or they just keep afloat with only small orders.

Round about a half of the medium sized supplier and service companies are facing bankruptcy. Unemployment runs at 90 percent exceeding the national average of 27 percent by far. In this situation a 24 month program tries to improve employment of shipbuilders and to adapt their qualifications to EU standards. 1,500 workers are to participate in four weeks intensive trainings in order to become certified finally. The project is supported at 75 percent with EU funding. Started in March, the first participating classes passed their examinations in July.

The project is not without controversy, however: Will the money and the commitment of the participants remain bad investments as long as it is uncertain where the newly requalified people find a proper job? As they prove European standards with their certificate, particularly younger trainees can follow offers abroad. However, for the Greek labour market the program quite likely will provide sustainable effects if supported by adequate structural measures and economic policy. Then it could enhance a restart of Greek shipbuilding.